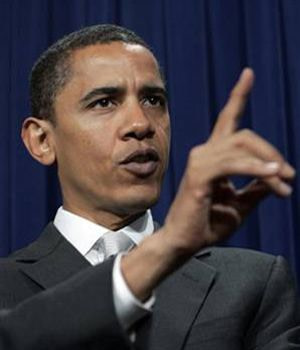 There was a point late in Barack Obama’s book Dreams from my Father where he lost my admiration and raised doubts in my mind about his authenticity. Suddenly, the impressive, logical, impassioned, dedicated, truthful, heart-felt, intelligent and undoubtedly courageous journey of his life took a turn that seemed completely out of character, and didn’t appear to fit with the man that I thought I had come to know a little. He found Christianity. Suddenly, all the qualities of clarity of observation, forensic reasoning and a deep understanding of human nature that he had exhibited throughout the previous pages evaporated as he went all gooey and emotional in the face of an undefined and vaguely recognized ‘greater power’. It was only partly the religious epiphany that disturbed me; it was the change in him that set me adrift, and caused me to doubt him. Was this a calculated move? Was he going for the ‘god vote’ that is such a big factor in American politics? A man who spent his formative years in Indonesia would surely have been more likely to become a Muslim. But that wouldn’t have worked, especially in a country where, just before the invasion of Iraq in 2003, 21% of Americans believed that Osama bin Laden and Saddam Hussein were one and the same, and the name ‘Obama’ is disturbingly close to ‘Osama’. So that point in the book, as far as I was concerned, began his inexorable decline into party politics, power-plays and the presidency.

Tony Blair did something similar – but after the event. When he left office, he remarkably declared that he had become a Catholic. Why he had to make his personal ‘faith’ public in the first place is a mystery, although it did help galvanize a friendship with the incoming American President, among other things. His authenticity had, of course, been called into question while he was in office, and his lack of it had eventually led to his downfall. Even so, he kept his bigger ‘faith’ – political spin – intact right through the recent parliamentary investigation into the Iraq debacle, insisting that he had done the right thing. I can only imagine that the pressures of political life had eventually got to him, and while he felt he needed to maintain a righteous public face, it was only in the privacy of the confessional that he could unburden himself of his errors without risking a roasting in the press, or worse.

Why am I mentioning all this, and how does it relate to normal business life? Well, the behaviour of those who are elected to serve us as leaders often trickles down into how we behave in business. Look at the Thatcher years, for example, and how money became god and survival of the fittest became the ruthless mantra of that era. However, political spin to achieve short-term gains through influencing public behaviour and manipulating beliefs is never sustainable. While the Bush/Rumsfeld team was laying waste to the American economy as well as Iraq and Afghanistan – with the majority support of its people – Ireland was having a boom time and everyone was happy to be on board, spurred on by a government seemingly on speed. What a shock, when it all came crashing down.

The point is that we cannot keep deferring to the apparent authenticity of others to guide our own lives. We have to build our own. Personal empowerment is the only way forward in an ever-more transparent and interconnected world. A good reputation is only won through authenticity. It can take a long time to achieve it and it can be lost in an instant if we choose to compromise. It is clear that our ‘leaders’ don’t have autonomy. To gain a following and the votes to put them in power, they choose to allow their authenticity to be chipped away; and, to hold on to power, they do deals that may fly in the face of the values that they preach and the very reasons that caused them to seek to serve.

In business, the environment is changing. Much of the change is due to a growing awareness of these issues, and that a higher level of personal autonomy is increasingly within reach for more and more people. Many choose not to embrace it as it comes with responsibility and risk of exposure should authenticity be breached. Some will choose to embrace it for exactly the same reasons.

It is crucial to the success of a business that the nature of the emerging environment be understood. Directors and managers can no longer wield power just to serve their egos or the interests of their backers. The ‘boardroom boys club’ is becoming less and less relevant. Employees have diminishing value if they simply follow orders and routines. The innovators of the business are now as likely to come from rank-and-file on the shop floor as from experts, directors and financiers.

Ultimately, this appears to be a call to all of us to ‘get real’. If we don’t know what that means in terms of who we are and what we do, then maybe it’s a call to do that first, and to re-align ourselves with where we are meant to be and where we want to go – based on our true identities, values and abilities. The sooner we do this the better because, as we go through life, we embed more and more useless stuff in our psyche simply because we have no real direction and we mistakenly think it may be useful some day. The need for clarity takes us on a search that inevitably increases our confusion, and we are increasingly likely to be swayed and influenced in ways that don’t serve us. So even if we have declared our intentions, we are undermining our ability to stick with them.

You may not agree with my take on Obama (and, for the record, I still feel he is the best president that America has had in years) or Blair but, in your life, do you struggle with compromised authenticity and a lack of personal autonomy? Is any sort of atonement a real option for the odd slip or intentional wrong-doing? Do you see a way forward other than by going inside to find real answers that will reveal the real (and best!) you?

Fill in the form below and I'll keep you up to date with my new work, blog, books and other info as I produce it.

Don't worry - it won't be that often and you can unsubscribe at any time.

By signing up you agree to our Terms and Conditions